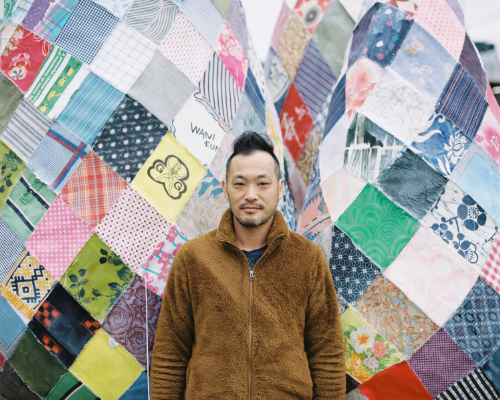 Started activities in 2003 based on the riverbed of Yodogawa, Osaka. Using trash and drifting objects, he specializes in stay production while enjoying the trash and interaction with people unique to the land he went to. Familiar with "Uno Chinu" in Tamano City, Okayama Prefecture. There are also many exhibitions overseas such as Asia and Europe. Many of his activities and works have been featured in the mass media and have been introduced in elementary and junior high school art textbooks. At the beginning of the activity, Shibata was an artist unit that started by calling out to his friend Kazuya Matsunaga, but from 2017, Shibata's solo activity. Shibata not only produces works, but also holds various workshops all over the country, and is also the inventor of "Collage Senryu". In recent years, he has often been invited to environmental events.

Yodogawa Technique is an artist name of Hideaki SHIBATA (born 1976, Okayama, Japan). It was originally founded as an artist group by Shibata and his school friend Kazuya MATSUNAGA (born 1977, Kumamoto, Japan) in 2003 at the river terrace of Yodogawa (Yodo river) in Osaka, Japan. Shibata now performs solely. Yodogawa Technique mainly uses garbage and floating objects to create works. “Chinu, Uno”, one of the artist's public art pieces (Uno port, Okayama, Japan) is the most iconic work by the artist. Yodogawa Technique is also renowned for “Gomunication” which derives from the word “gomi” (garbage in Japanese) and communication. Based on this concept, he has been creating works in various places all over the world, interacting He participated in many exhibitions not only in Japan but also overseas including Germany, Denmark, Indonesia, Taiwan and much more. 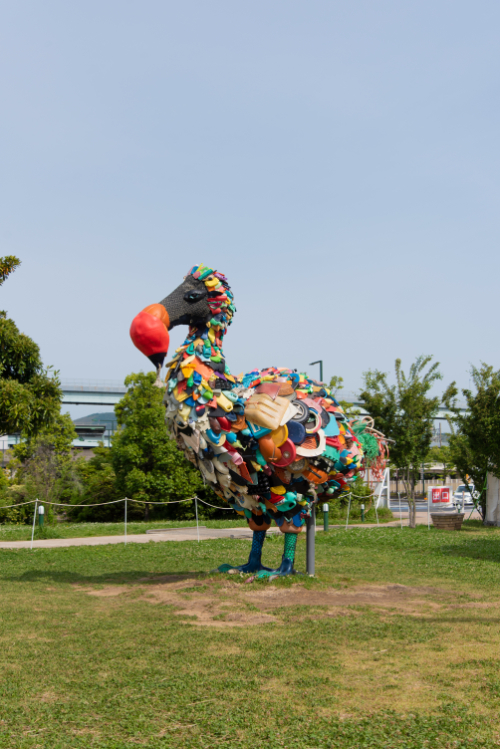