"Rokko-Shidare Observatory" like one big tree standing on the top of Mt. Rokko. The Sono Cypress Observatory is made with cypresses carefully selected in Yoshinomori, Nara for the frame, walls and floor. An observatory where you can feel the gentle scent of Japanese cypress that wraps inside and the sunlight that shines through the frame called "branches and leaves." Let's experience the nature of that season and experience the nature of Mt. Rokko.

Born in 1968. architect. Advocating "details of the earth" with a consistent theme of how architecture becomes a part of the earth. He received awards from various countries around the world such as the "Canada Green Design Award Grand Prize", "The 19th Yoshioka Award", "DETAIL Prize Special Award" (Germany), and in 2008 he was invited to the Royal Academy of Denmark as a special lecturer. The Inujima Art Project "Smeltery", a masterpiece that won the "Architectural Grand Prize of Japan" (2010) and the "Architectural Institute of Japan Award" (2011), realized a museum that does not use mechanical air conditioning at all and has been abandoned for 100 years. The former copper smelter is being reborn with natural energy.

Rokkosan Hikari's art is a light event that uses the latest LED lighting that can express more than 10 million colors to illuminate the frame that covers the entire observatory from the inside with light that is as close to natural light as possible. The four seasons of Mt. Rokko are expressed by lighting with the production by Masayuki Fushimi. Enjoy the fantastic sight with the $10 million night view from Mt. Rokko. 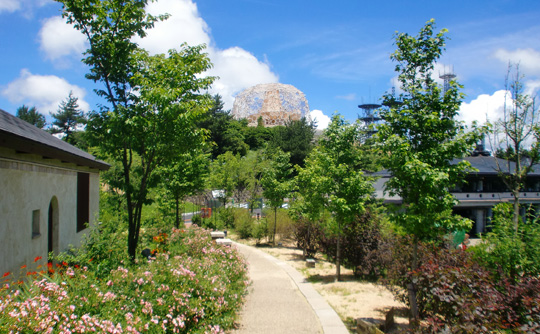 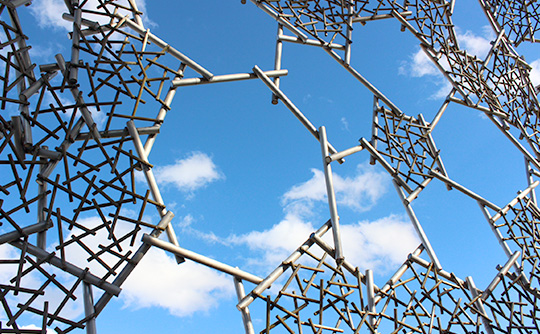 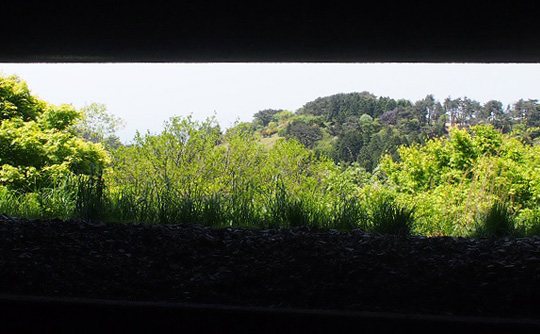 The spring of Mt. Rokko is a little later than the city of Kobe. The warmth of the spring sun and the vegetation that begins to sprout softly seem to be loved because of the longer time. wind funnel, you can see the beautiful fresh greenery, and various flowers bloom in the area of the Rokko Garden Terrace. 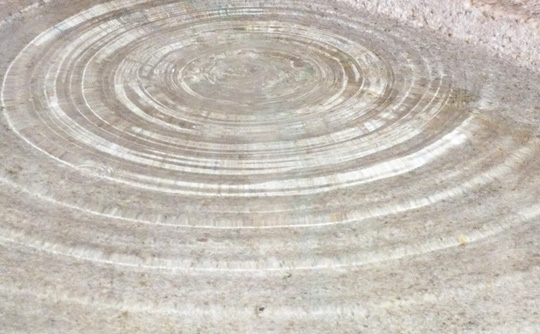 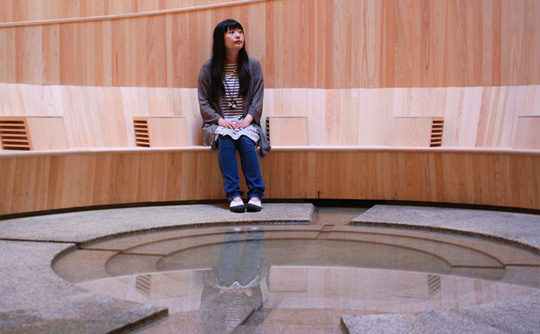 When you enter the trunk, you wind chamber immediately see the circular "melting ice basin" on the floor of the "Futsutsu". And rainwater from the ceiling portion "ice chamber ice that are stored in the" will accumulate the meltwater that melts by the energy of the sun. You can see the wind ripples that appear when the natural wind blows through the building, and the water ripples that can be formed by a drop on rainy days. There are various patterns on the water surface that the wind shakes. The only thing that can only be seen at this moment. 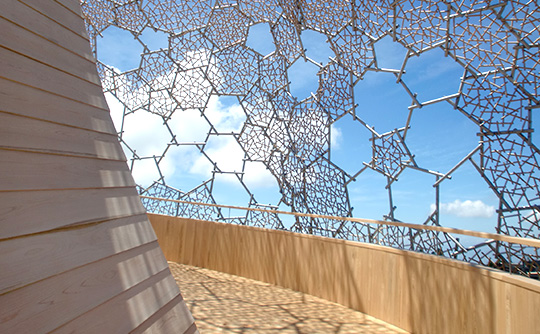 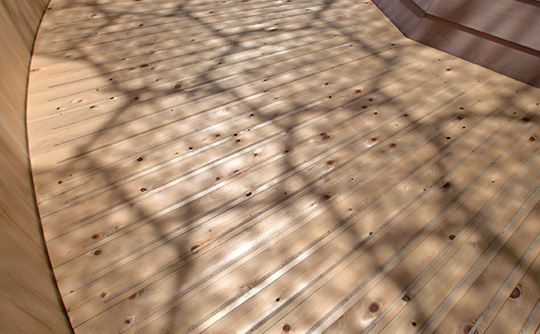 The cypress frame, which has a distinctive appearance, is more closely packed like a real tree in the upper part, so as to soften the strong sunlight in summer and prevent direct rain. The scenery seen through the frame is one memorable scene. 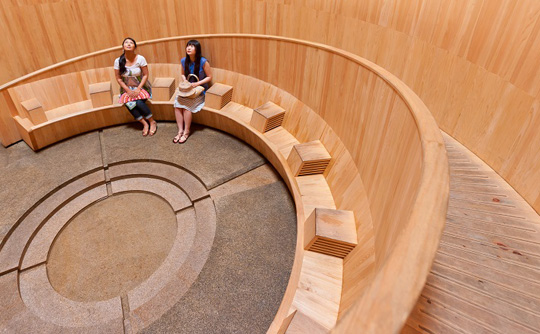 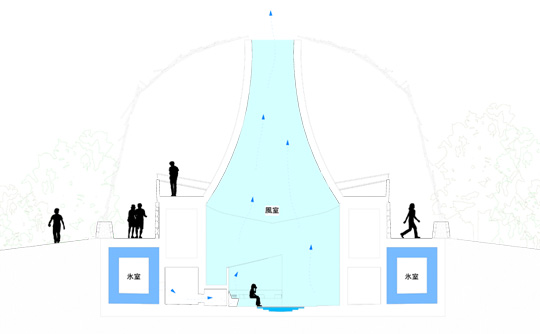 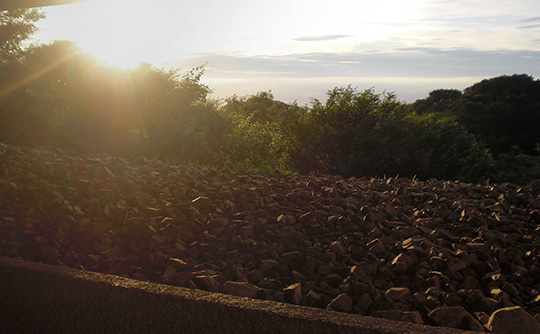 When you enter the "wind chamber" which is the trunk of the observatory and sit down in the "Wind Chair" in the center, the cool breeze is blowing and it is cool! This is, during the winter ice shelves was made of ice "in the observatory ice chamber stored in (Himuro)", natural ventilation using the wind blowing in Rokko is being carried out "wind chamber (Fushitsu )”, because the cooled wind passes over the ice. You will be surprised at the coolness of the natural breeze. 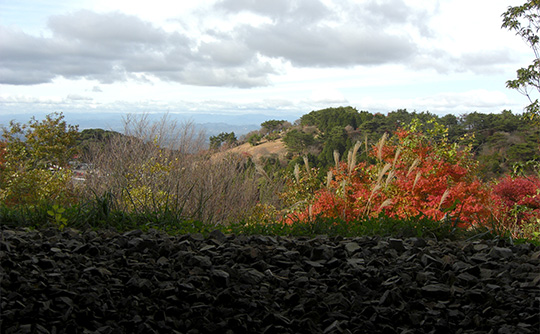 A window that cuts out the four seasons

Rokko weeping on the site of the former Tokuni Observatory. In the past, the country of "Tamba/Yamashiro/Yamato/Settsu/Kawauchi/Izumi/Kii/Harima/Awaji/Awa" was named because it has a 360° view, but only the scenery changes according to the four seasons. You can also feel the changing seasons. Outlook "in Taipei side wind funnel scenery seen from (Fuuketsu)" does not think that seems to be like looking at a piece of painting or. 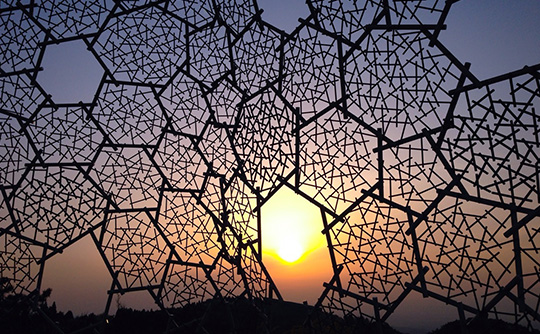 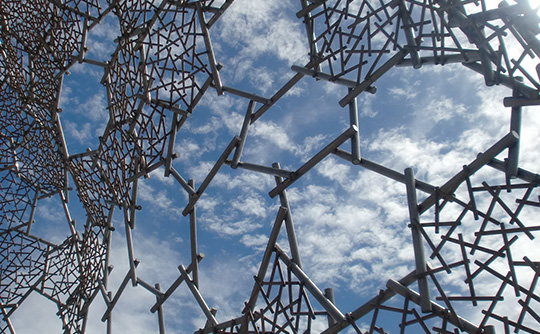 Sunset from the observatory

The landscape overlooking a wide hill shifts from day to night with the slow expression of clouds and the color of the sky. Please see how the sun that sets in the west sky creates and disappears, leaving a brilliance beyond description. 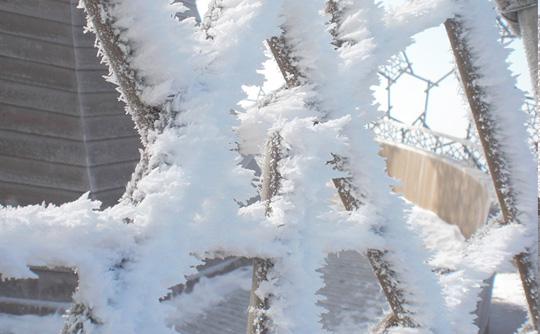 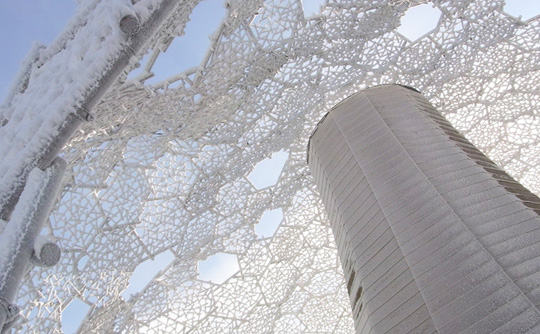 The average annual temperature of Mt. Rokko is about the same as the southern part of Hokkaido. If meteorological phenomena such as "humidity", "temperature", and "wind speed" due to fog or rainfall, you can see crystallized rime on the entire frame of the cypress. 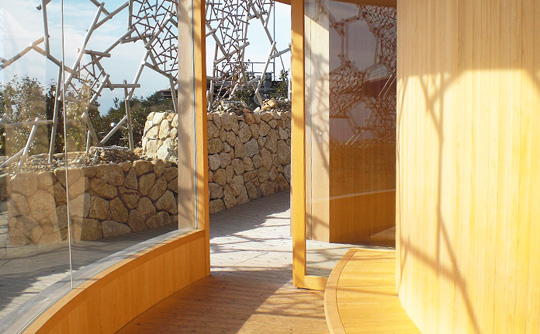 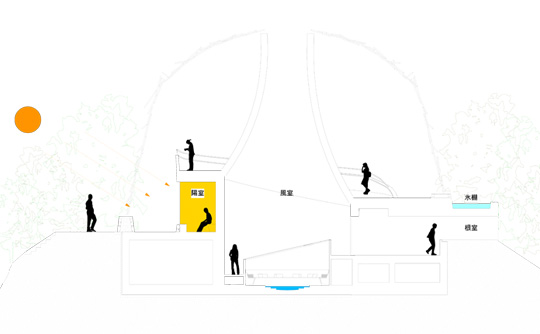 The glass-enclosed "sun chamber muro" on the south side of the observatory is a room where the sunlight often enters. On a clear day, the power of the sun warmed the room. It is designed to absorb the full amount of winter sunlight when the sun is low. 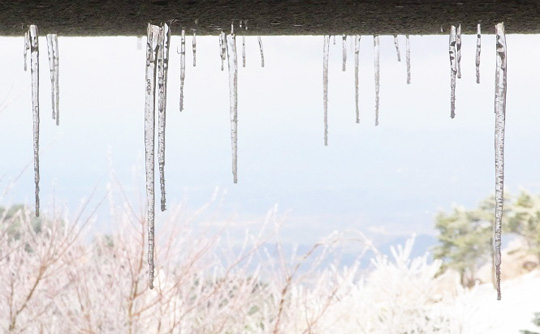 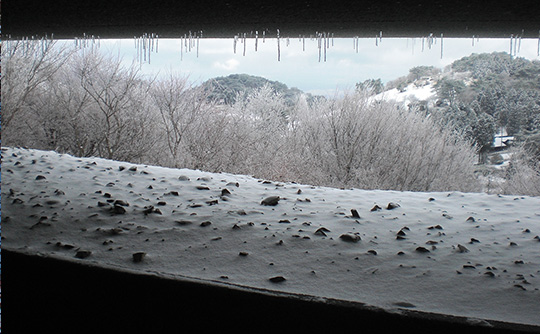 "wind funnel from the (Fuuketsu)", but the day rainy you views to the curtain over the drop, frozen and temperatures in the winter period is low "icicle (icicle)", and the length and thickness You can observe the difference. In addition, on the ground where the drops of water drop, you can sometimes see a rare phenomenon called "Hyojun," which rises like a bamboo shoot. 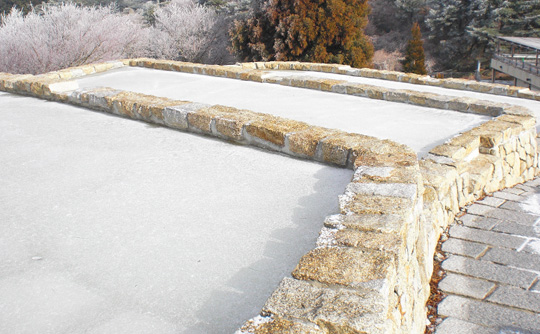 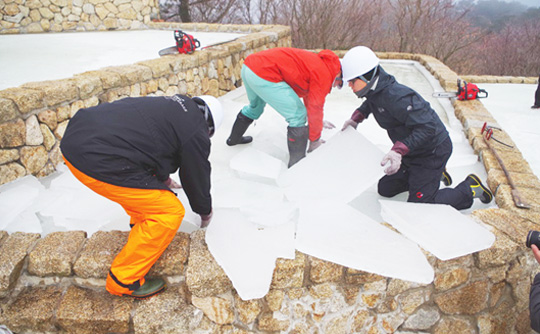 At the time of the Meiji era, there were many "ice ponds" on the Rokko Mountains for cutting out natural ice. At "ice shelves (Hyoda)" that stores rain on the mountain, the ice produced during the winter is cut out and stored in "ice chamber (Himuro)" inside the observatory. I will. With this ice, you can experience the coolness by putting cool air on the air flow inside the observatory at "icy wind experience" in summer.